Dwayne McDuffie passed away this week at the age of 49. I'm not terribly educated in the man's work, but from what little I've read, he was an engaging writer not afraid to tackle subjects not appropriate for comic books. He also wrote for eons, and knew what he was doing. He was put in charge of adapting Grant Morrison's All-Star Superman for a direct-to-DVD release. 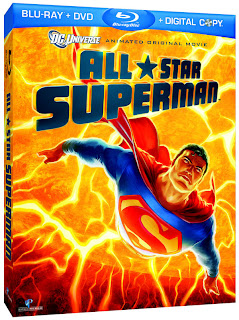 Morrison's comic about the last days of Superman is, in my opinion, the best Superman story ever written. I haven't read them all, but I have read a bit. Morrison takes a continuity-lite approach, but hits all the perfect notes about Superman - who he is, what he stands for, and why he really is a super man.

The adaptation is a bit slimmer and throws out a couple subplots, including Superman's visit to the Bizarro world, the only weak spot in the entire series, if you ask me. McDuffie's adaptation of Morrison's dialogue retains that crazy sense of wonder and bizarreness that highlights the bald writer's speech, with some exceptions, though. Since the movie version is a lot simpler in plot (not in emotion though), McDuffie does away with some of the crazier throwaway lines. It makes things a little simpler.

The emotional content still rings true, however. This is a specatcular Superman story because there's a heart beating underneath the fisticuffs. Also, Morrison's Supes tends to be a little bit more like Elliott S Maggin's Superman, that is to say, a man who uses his brain more than he uses his fists. The All-Star version is a thinking man's Superman, using planning and strategy to defeat his enemies, but isn't afraid to throw a monstrous punch. It's a refreshing take on the Man of Steel.

The voice acting is acceptable. I wasn't blown away by any particular cast member. I think I would have enjoyed it more if the previous voices of Superman and Lex were used, Michael Rosenbaum and that other guy. It's like when somebody other than Kevin Conroy voices Batman - it's just not right. 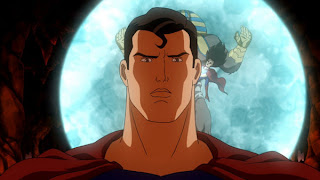 In terms of animation, the visuals use a lot of Quitely's designs and style, but uses a little bit more angular design to faces. Quitely's faces tend to be either round or skinny, never in the middle. The movie's version of Solaris, the Tyrant Sun isn't nearly as menacing as Quitely's.

It's hard to review this without thinking of the comic, if only because the comic was just that damned good. If you strip away the source material, are you left with a good movie? Surprisingly, yes. This is a fantastic Superman story, even without the complexity of the original plot. The ending still takes my breath away.