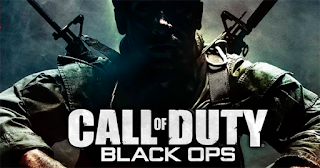 I have to preface this review with some comments regarding the multiplayer experience of Call of Duty – which is to say I had none. It’s May 12th, and the Playstation Network is still down. However, this doesn’t really affect me in the slightest, as I don’t play online multiplayer. I’ve played Uncharted 2 online and Red Dead Redemption online. That’s it.

The reason is that I’m just not that good and I don’t have the time or the patience to practice enough to be able to competently compete with all those foul-mouthed 13 year olds from Wisconsin. Therefore, this review is not going to touch on the multiplayer aspect of Call of Duty, which is, honestly, the biggest reason why anybody plays this series. I’ve seriously met people who haven’t even touched the single player campaign. That drives me nuts.

It’s May of 2011, and Black Ops has been out since November. Why the delay, you might ask yourself. Well, I didn’t have a lot of money back in 2010, nor a lot of time as I was in school fulltime and trying to work. Plus, the relationship I was in was winding down. But that’s beside the point, really. I still haven’t even purchased the game; I borrowed it from a friend (thanks, Sanjay) and in three days, I’ve pummeled through the solo campaign.

A bit of background needed, of course. Treyarch, the company that made this Call of Duty (as opposed to Infinity Ward) and previously made the 5th entry: World at War, which honestly wasn’t terrible, it just wasn’t as good as Modern Warfare. One of the strongest aspects of World at War was Gary Oldman’s character Reznov, a Russian sniper. The best missions in the game involved Reznov. A lot of people didn’t give World at War a chance because of the Treyarch name and the lack of Infinity Ward. I had a positive experience with World at War, but not a mindblowing experience, so I went into Black Ops with medium level expectations.

Black Ops kind of shifts gears away from Modern Warfare and away from the series’ World War 2 roots. Instead of the Forties, Black Ops examines key events from the Sixties, a time of great political change and social upheaval. Don’t be afraid though: just like usual, this game doesn’t make any drastic political statement other than the bad guys are bad because they’re bad. Black Ops focuses on Mason, an operative for a covert organization. His team gets involved in the Bay of Pigs, which doesn’t end well, then they get involved in disrupting the Soviet space program. Mason gets imprisoned in a Soviet worker camp, but escapes with the help of Reznov, with Gary Oldman reprising his role. After the escape, everybody goes to Vietnam (cue the CCR music on the soundtrack – no seriously they did) and then Laos. From there, the team is intent on killing some Soviet bad guys who are armed with a poisonous nerve gas that’s aimed right at the good ol’ U. S. of A.

I’m hesitant to mention anything more about the plot. Anybody who has played the game and read my synopsis will notice that I’m being extremely vague and almost opaque. Well, it’s for the good of the experience. Not knowing anything will inevitably improve the whole solo campaign. I’m impressed that a) nobody spoiled it for me in six months and b) nobody spoiled that there was something to be spoiled. Fairly impressive.

Watching the credits after the game ended, I noticed that one of the story consultants was Howard Chaykin. I can’t say for sure if I could pick out any particular element that seemed tinged with his touch, but it’s relieving that the writers had some professional help. Not that they necessarily needed it. The story in Black Ops is serviceable and enjoyable. It allows the character to trot the globe, visit various locales relevant to the Sixties/Cold War setting and allows for different types of action to present itself. Would the story work as a film?

Possibly, with some tightening of various plot nuts and plot bolts. It’s quite unwieldy and formless in its current incarnation as a video game, but that’s to be expected. I don’t play Call of Duty or any other game for a cinematic experience. I play these games to be a total fucking badass and to fuck major shit up.

Black Ops delivers this in spades. There are so many instances of cool shit exploding or doing cool shit, like swimming under a boat, leaping up and stabbing some fucker in the throat. Oh man. It’s so satisfying to just seriously mess people up. There are all sorts of amazing sequences, like when the Soviet rocket blasts off, the heroes just seconds too late to abort, but instead, you pick up a missile launcher and just blast that thing out of the sky.

The Call of Duty series is really just a murder simulator. I probably killed over a thousand people in this game, without any remorse or without any reflection. I used a wide variety of tools to shoot, stab, incinerate, explode, eviscerate, mutilate and even dismember these nameless faceless people. Don’t worry, I’m not going to drag ethics or morality into a review of a popular video game. Suffice it to say that despite the moral misgivings I might have with murder, I have a great fucking time just destroying all these people. This is the ultimate in making you feel macho and manly. You’re better than Schwarzenegger in Commando and Predator combined. You’re the ultimate man: a pure soldier able to annihilate the bad guys.

Or are you? Black Ops throws a curveball at the video game audience used to the aforementioned paradigm. To any viewer of modern day fiction, the end of Black Ops won’t be a surprise, but it will be interesting. This is an interesting game because it challenges the narrative form usually used by first person murder simulators. Kind of like the way Assassin’s Creed challenges the narrative. What you think you know, you may not necessarily know.

I wish I knew the regular user of Call of Duty, the foulmouthed 13 year old from Midwestern United States. I want to know what their reaction was to the end of Black Ops. Would they even notice that things aren’t quite as they seem, or would they just play it? Do regular users of games play it for the story? I think they do, judging by how game reviews seem to go. They tend to discuss the story as much as they do the mechanics of the game (something I won’t really do. If you’ve played a first person shooter, then you already know the controls – they’re all the same). So what did the regular player think of the story?

I’m not a typical video game player. As aforementioned, I don’t play the multiplayer. Plus, I mostly play on easy or medium. The harder difficulties are just frustrating for me. I can’t even get past the first level of any Mega Man game. That’s how poor I play. I play because I like the narrative, the story, and the simulation. I like to fuck shit up. If there isn’t a solid story, then I get bored easily and I probably won’t finish the game.

The story in Black Ops is serviceable, as I’ve already said. The game benefits from some top-notch talent doing the voices. There’s Gary Oldman and Ed Harris, two acting heavyweights. Harris is used perfectly as a gruff and cool as an icecube solider. There’s also Ice Cube (speak of the devil) who lends his typically rough and powerful voice to an American soldier. The lead character, Mason, is voiced by Sam Worthington, an actor that I really like, even though everybody else in the world seems to dislike him. If you thought that Aussie Worthington’s accent was shaky in Avatar, then you ain’t heard nothing yet. Ostensibly playing the all-American Marine-style soldier, Worthington’s vowels are all contracted and stretched, not like any American accent I’ve ever heard. It’s equally distracting and entertaining. Despite the accent, Worthington does a good job. Not as good as Oldman (who voices two different characters, I think) but who is, really?

I was thoroughly entertained for the duration of the game. I played on the “normal” setting and there were very few parts where I was close to tears of frustration. It was challenging enough to make it fun, but not overly punishing (I’m looking at you, Demon’s Souls). It’s a fine line to walk, and Treyarch performed admirably. In addition to the usual shoot, cover, run, shoot, cover style, there are frequent on-the-rails parts, a couple sections of piloting a helicopter and some tank sequences. There’s even a pretty cool (but difficult) section where you rappel down a mountain. It’s enough of a variety to make it entertaining, but not enough to complain when you again and again take the reins of a tank.

However, I have to go back to the helicopter parts. Treyarch had to – no doubt – simplify the helicopter piloting process for the sake of the game. But, the chopper in the game doesn’t move like one in real life down. I’m able to do all sorts of things that aren’t physically possible with a real helicopter, like touch other choppers in the air with my rotors, among other instances of laughing in the face of physics. Oh well. You can’t win them all.

I liked Black Ops. I thought it was a good story, an enjoyable experience, and there’s enough cool shit to make up a couple action movies, except with you as the star. I like that the style of narrative challenges what video games normally do, but without launching into experimentalism or delusions of high art. It’s Call of Duty, and it lets you shoot fuckers in the face. Mission accomplished.
Posted by matthew.