Here's a new feature that I'm going to do every once in awhile. Inspired by a conversation I had with a dude at work, I'm going to detail the dream line-up of a team that I would like to write. Not read, but write. The limits are as follows: the maximum amount of members is 7, the members must have already been a member of the team in question. Other than that, there are no rules.

I'm going to start with the Avengers, inspired by the movie that's coming out next year around the same time as The Dark Knight Rises. So here we go.

The Wasp
Janet Van Dyne has proven herself to be a qualified leader and she's a fashion icon. Back in the day she wasn't written very well, lots of feminine nonsense about being into boys and clothes. I'd like to change that and show her as a strong female leader who can kick ass and take names. 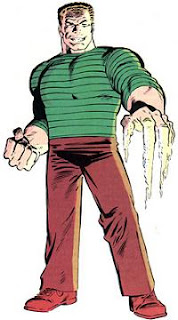 Sandman
Flint Marko was given reverse status back in the nineties when he briefly turned into a hero. The idea of a villain turned hero is irresistible to a writer. There is so much story potential here. Plus, I've always found Sandman's power to be a cool visually speaking, so the artist would love drawing it. 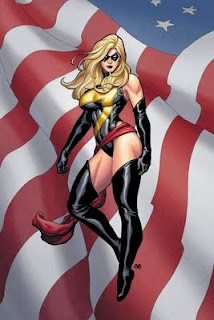 Ms Marvel
Carol Danvers has always been well written. She's strong, she's got spunk and her fluctuating powers and changing status always creates angst and drama. I'd like to write her because she's a powerhouse. 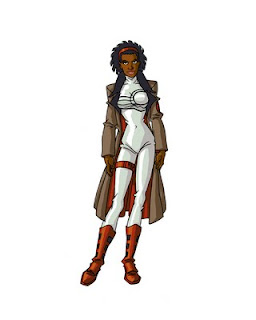 Monica Rambeau
Captain Marvel has the powers of a god. She's easily one of the most versatile characters ever. She's essentially the Batman of the Avengers because her powers let her do anything. When you can control your physical makeup, you are indestructible. Rambeau would be the secondary leader of my Avengers team. 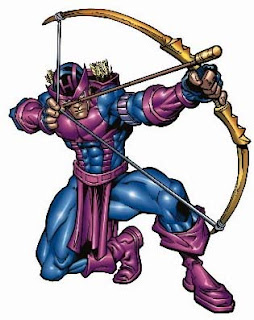 Hawkeye
He's a wiseass. Clint Barton is the humour and soul of the team. I'd write clever banter for him so he could play off the seriousness of the other characters. You need a little comic relief, plus you need somebody the reader can relate to. 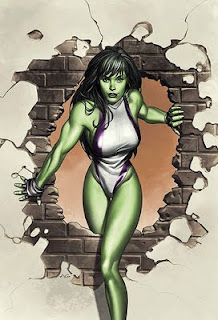 She-Hulk
I almost went with Thor because I wanted a heavy-hitter, but then I remembered that only Simonson wrote an interesting Thor to me. He's too foreign and too alien to write, I find. She-Hulk is a character with heart and wit and extreme power. She could partake in the banter with Hawkeye.

Spider-Woman
Julia Carpenter is a character I know next to nothing beyond that she has a costume I like the look of, and she's kind of quiet. She has a weird crime origin story, as some shadowy group bought her powers for her, so there's some story potential there. But otherwise, she's a blank slate and I'd like to change that. Give her some personality and whatnot.

You'll no doubt notice that my Avengers team is weighted more to the XX chromosome than the Y. The reason being is twofold: political and story potential. There's not enough three-dimensional female characters in comics. There are some, but not enough. I'd like to change that. My Avengers team would be female-friendly. If they had sexy costumes, I'd have the artist redesign them. I'd have stories that females would want to read. It would pass the Bechdel test a lot. Why, you ask? Because that's important to me, bringing in more female readers into comics. Every child needs a superhero to look up to, and often they look up to the ones they identify with. I identified with Peter Parker because I was a nerd. Little girls need superheroes to look up to, and I want to provide that possibility. The other reason that this is female-heavy is because I think there's more potential with these specific characters than with the same old team of Cap, Iron Man, the Hulk, Thor, etc. They have their own titles. These people don't.

Villains that I'd like them to face:
The Supreme Intelligence
Doctor Doom
Kang the Konquerer
Thanos
Spider-Woman's shadowy government benefactors (which would be an ongoing arc)
Ultron

Classic villains, really. I'd throw in a mix of newly invented villains and whatnot.

So that's my Avengers dream line-up for writing. I'd love to have Alan Davis on art, if only because he can handle team books. Although Stuart Immonen would be awesome, too. With both of those artists in mind, I'd probably not do a whole bunch of dark and edgy stuff like ripping arms of people or whatnot. I'd want to try to keep it somewhere between for kids and for adults, which is a very tough balance to hold. Hmmmmm... if only Marvel would hire me.

The next line-up I'm thinking of is the X-Men. The only way I would write the X-Men is if I could make the line-up. There are so many shitty X-Men....
Posted by matthew.