God, the story potential with X-Men. There's so much good stuff you can do, but writers never do them. They stick to soap opera and time travel and alternate worlds and retcons. Nuh-uh. Not me. My plan is to take the X-Men back to their roots, sort of. With no Professor X, Scott Summers assembles his team and fights any threat to mutants. Their job is to protect the mutant population of the Earth. So again, I'd try to find a balance between a kid-friendly tone with some complicated storytelling for adults. I wouldn't have rape or sex or arms being ripped off.

Again, the rules are the same: seven members, all of whom had to have been a member of the team at some point in their history. Current status or continuity is ignored. If I were writing this book, I'd have somebody come in and write a final arc, clearing the way for me anyway. Here's my team. 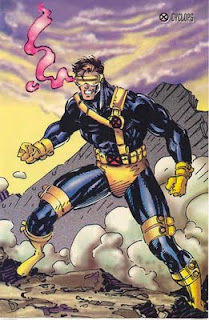 Cyclops
Scott Summers was never my favourite X-Man growing up. He was dorky, his power was stupid, and the reason why I mostly dislike him was because of the whole Summers brothers thing and Mr Sinister. They never capitalized on that; writers (Claremont) just dragged out these teases until that's all the Summer legacy was, a big tease. Plus, anything a writer did, another one would retcon. It was infuriating. But now that I'm a bit older, Scott seems to me a better leader, a stronger man, somebody who wants to take Xavier's legacy into the 21st century. That's more or less the theme that I'd write into the X-Men, starting with Scott. 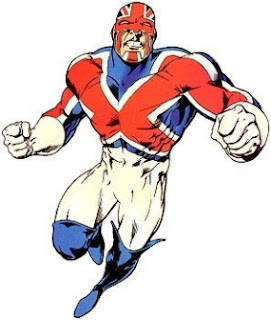 Captain Britain
Claremont's Excalibur series remains one of my favourites. I think Brian Braddock has so much story potential. He's kind of an everyman but with tremendous powers. He's not the smartest, he's not the wittiest, but he's a nice guy who can hit hard. Braddock is just a guy trying to do right by the world, which again, refers to the theme of my direction. 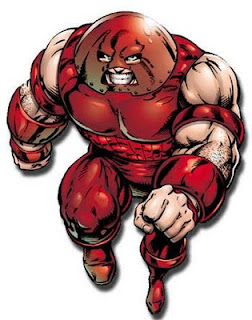 Juggernaut
The villain turned hero is an intriguing prospect. Given the overall direction of my X-Men, this makes sense. He's done some bad in the world, but he can make up for it by helping his fellow mutant. Plus, the team needs a heavy-hitter. It's either him or Colossus, but Juggernaut is a better fit for the theme. A story possibility can be the tension between Juggernaut and Captain Britain - both strong guys who have faced off before. 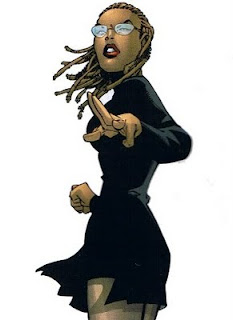 Cecilia Reyes
Here's a character who is a) not that famous and b) sort of interesting. I admit that choosing her is partly a political choice. She's an Afro-Latin American and a surgeon. Her power, that of creating a force field isn't so much interesting. Instead, it's her story potential which made my choice. The team needs a medical or a knowledge pillar. A possible arc for Reyes is her desire to protect mutantkind from itself. There's a tension between her background and the future. She becomes an X-Men due to being exposed as a mutant. She has no interest in superheroics. She stays on the team to keep them honest (in light of the previous years) and to try and save younger mutants. Plus, I think children who aren't white or male need somebody to look up to. 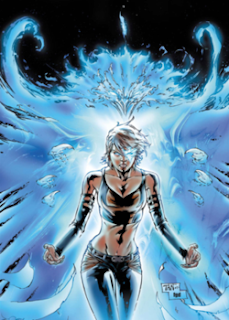 Rachel Summers
Yes, a Phoenix. It can't be an X-Men team without either a Summers or a Grey family member. I've always like Rachel due to Excalibur. She was the dangerous part of the team, the one with the unknown potential. The reader had no idea what she could do or what she could do. Moments of awesome power were displayed and the reader was left shocked. I'd like to bring her on because she's a younger character, a female, and dangerous. Possible story arcs for her could focus on her lack of childhood, that she was forced to grow up. She empathizes with the young mutants the team helps. 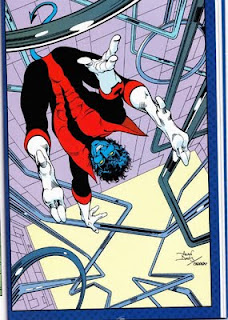 Nightcrawler
Another Excalibur character. Yes, I know. However, Kurt Wagner is a fascinating character. In broad strokes, he's about honour, friendship, ethics and fun. Nobody on the X-Men is like Nightcrawler. He's always a positive light and he can be a form of comic relief. He's essentially the Human Torch or the Spider-Man of the team. I want to have kids read X-Men, and he's a good way of capturing the imagination and interest of children. Plus, Nightcrawler knows better than anybody else on the team what it is like being a mutant, being an other.

For villains, I'd try and keep it relatively clean from previous continuity. I'd use more human villains, rather than mutants. For a larger arc, I'd focus on the return of the Sentinels and Master Mold, and the humans trying to use them. In terms of larger stories, I would steadfastly avoid time travel or alternate worlds or even space. My X-Men would focus on protecting young mutants from violence and hatred. The X-Men are supposed to be about the Other, and how frightened regular people are about minorities. This is important for kids growing up: that being different isn't negative or positive. It just is.

Notice how there isn't a single member of the team called Wolverine. That's right. I think Wolverine is far too used, far too exposed, and he's lost almost all of the bite that made him so cool in the past. If everybody knows his backstory, and he doesn't kill anymore, what's the point? He's just a short guy (that everybody draws as regular height) with claws. If I was forced by the editorial staff to include Wolverine, I'd write him closer to how Ennis wrote him on the Punisher: smelly, short, grumpy and hairy.

I'd like to see artists such as Stuart Immonen or Marcos Martin on the book. Somebody with a nice clean style, suited for good visual storytelling. I would not want Philip Tan or Greg Land drawing my book. Of course, in a perfect world, I'd love to see Alan Davis draw and even co-write with me. That'd be nice....

I think there are some amazing story potentials with the X-Men. It's just a matter of removing them from the increasingly complicated continuity and adult nature of the stories. Let's get back to what brought us into comics in the first place.
Posted by matthew.