Doctor Who - the bookshelf

I've said before that I wanted to sell most of my books and keep it to one bookcase. I did that... mostly. Then I had to buy textbooks and whatnot. Plus, I've been hitting up Value Village for books I cannot borrow from my library. Yes, we're starting to get to the same problem that I had before... the compulsive collecting of books. Except, this time, I've purchased cheap books that I plan to read and then discard, however I may choose to do it (sell, donate, toss, etc). However, books I do not plan on selling or tossing or donating are the Doctor Who New Adventures. Something that I thought was going to prove impossible, but I have started collecting. Here is a massive pictures of one of the highlights of my collection (and yes, I bought it for a third of the cover price, when it sells for >30 on eBay) 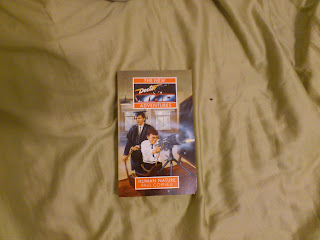 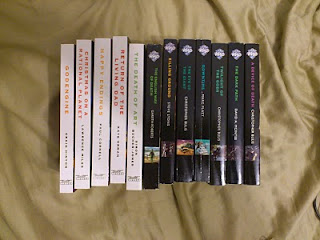 Isn't this nuts? Aren't I fucking crazy? Well, it's not like I'm going to let them sit on the shelf and gather dust. I love these books, even the ones that aren't so good (except I hated a couple of them). I'm going to try and avoid eBaying the rest of the books and just let them fall into my hands through time and perseverance.

Also, here's a massive picture of the only Eighth Doctor Adventure I have: 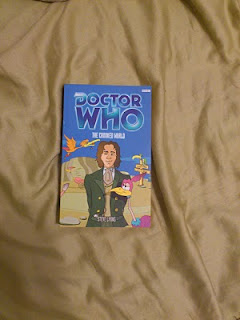