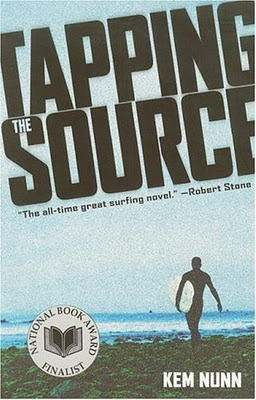 As I have previously mentioned on this blog, there is, in my mind, a list of novels to read that are woefully out of print or hard to find. Some of those novels I end up stumbling across in a used bookstore, or they miraculously find their way into major bookstores. A good portion of the time, I become frustrated and I simply purchase the novel from eBay, settling on a copy in only okay condition in order to just simply read the goddamn thing. Because of this process, there's a worry of transference, which is to say that I tend to expect more from the books I spend more time searching for, or that when they disappoint, it's on a grander scale than if I had simply picked up the book at the library. Without using statistics, or rather, misusing them, I can say that it seems 75% of the time it's totally worth the battle. Maybe this says something about my taste in literature. Maybe this says something about confirmation bias. Either way, we now come to a novel that I have been wanting to read for years. Or at least one year. Kem Nunn's 1984 novel, Tapping the Source.

Ike Turner is an eighteen year old who has never left his uncle's desert home in California while his sister was quick to quit town when she had the chance, and she's never looked back. But when some kid shows up and tells Ike that Ellen has gone missing, Ike leaves the desert for the coast, Huntington Beach, in search of his sister and three surfers who might have had something to do with her disappearance. In order to get close to these men, Ike takes up surfing and becomes reborn in the ocean, all the while searching for a sister who might have been involved with biker gangs, drug dealers and murderers.

First, let's do a quick checklist of this novel's elements: surfing, noir, California, the Eighties, and SPOILER WARNING (for a thirty year old novel) ritualistic murders. Okay, so there is a very large chance that I am going to love this novel based on content alone, regardless of style or theme or even the author's competency in handling all of the above. Any longtime readers of this blog will know of my love for California, Don Winslow, James Ellroy, Bret Easton Ellis and other famous writers. I fucking love California. The novel I'm writing is a elegiac coming of age tale about two girls in SoCal. And then I find out there's a novel that is an elegiac coming of age tale about a young man who learns to surf while trying to solve a murder? Three words: Sign me up.

The novel is fantastic. Let's just get that out there. Even if you took out the noir, and all you were left with was a Bildungsroman of surfing, I would have loved it. Actually, the best parts of the novel are Ike's growing awareness of the largeness of the world in relation to the vastness and opacity of the ocean. It helps that Nunn's descriptions of surfing are almost mystical, which is surely intentional considering the title of the novel is Tapping the Source. Nunn portrays surfing as primeval, beyond words, somewhere in Lacan's configuration of the Real. It's terrifying and exhilarating to be in the ocean, trying to ride the waves of actuality. There's a lot of symbolic heavy lifting done by other writers when it comes to the ocean but Nunn doesn't need or want their help. In fact, he sets out with his own semiotics of the ocean as if nobody had ever written of surfing before. This ambition and attention to detail totally immerses the reader as if he were submerged in the ocean along with Ike, if I might use a hoary canard of simile. Where I might choose to trot out a creaky simile to describe this, Nunn refuses to, in the spirit of the newly created aforementioned semiotics.

The novel is filled with gorgeous and engrossing ways of conveying the sparkling beauty and treachery of the sea, of the water, of the beach, of the environment. In fact, the spectacle of nature is absolutely noticeable in the lack of description of anything man-made. Only a mansion at the end of the book is given any particular depth as a structure in this novel. Again, this is clearly intentional and because of this, it works. Just as the noir elements manage to do.

Many critics and reviewers forced Tapping the Source into a subgenre that they unimaginatively dubbed "surf noir", no doubt because of the two primary ingredients of surfing and of obfuscated murder and mystery. To reduce Tapping the Source as simply an amalgamation of surfing and noir, or even to say that this novel is a twist on the noir genre, is doing it a great disservice. Tapping the Source is equally about noir as it is about surfing or even as a Bildungsroman, a tale of the development of a quiet stoic boy into a strong passionate masculine figure. The only love Ike has at the beginning of the novel is for the idealization of his sister. By the end of the novel, Ike has learned to love so many other things, such as the girl across the hall who helps him get mixed up with the drug dealers, or his new biker friend Preston, or even the woman taking care of Preston. Mostly though, the desert rat learns to appreciate the great and terrible power of the Pacific Ocean. In typical California fiction style, his development comes at great personal cost, including the sacrifice of his innocence.

It's something many artists and critics have discussed before, but the concept of California is intimately tangled up with the ideology of the loss of innocence, of the Fall. It seems difficult to tell a story set in Hollywood or on the beaches without touching on the inherent sea change that occurs within the individual. Some fiction even take this a step further and claim that even to be born in Cali is a loss of innocence (cf. Less Than Zero). Tapping the Source represents this perfectly, elevating beyond a marriage of Californian noir (Chandler) and surfing (Gidget, Beach Blanket Bingo) into a meditation on the three elements, a synthesis of corruption versus cleansing.

While this review's tone may seem oddly ethereal or beatific, it's only because Nunn completely succeeds. Ike starts out as a blank slate and becomes a man by the end of the book. The noir elements are complicated enough to propel the plot but stay simple enough as not to overpower Ike as a character. The act of surfing becomes something more than simply a sport to portray, or a backdrop on which to hang Ike or even noir. Tapping the Source is more than a genre exercise. It's a fantastic novel of character and place, a perfect balance of form and style.
Posted by matthew.