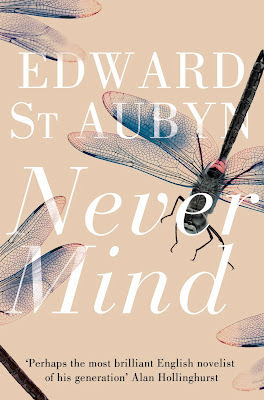 Patrick Melrose is five, living with his aristocratic English parents, David and Eleanor, in Lacoste, France. Nicholas and his young girlfriend are flying in from London to have a dinner party with the Melroses and their neighbour, Victor, eminent philosopher and his girlfriend Anne. This one day will mark a change in all of their lives and stand as a prologue for Patrick's life.

It's been a long time since I've reviewed a novel for my blog. It's also been a long time since I've read a novel that wasn't for school. In 2012, I think I've read four novels for my own personal pleasure. Maybe three. Instead of reading novels during this hectic time, I've been entertaining myself with plays (I've read two Yasmine Reza plays, and four or five Pulitzer Prize-winning dramas including Rabbit Hole). However, I purchased an omnibus of novels by the English author Edward St Aubyn. The omnibus collects the first four novels of a (poorly named) trilogy chronicling the life of Patrick Melrose. Each novel is somewhat short, almost on the edge of "novella" (I hate that word) so I thought I could handle it for now.

On the cover of the edition that I don't have, the one pictured, Hollinghurst calls him one of the most brilliant English novelists of his generation. While I'm not sure if I fully agree as the term novelist seems to imply some sort of expertise with the form of the novel, something St Aubyn isn't terribly experimental with (which I will get to). St Aubyn might be one of his Generation most brilliant prose stylists, rather than novelist. St Aubyn's prose is delicate and tinkling, like fingers caressing glasses of crystal filled with sparkling wine and stretches the idioms and phrases while contributing new ones. Certainly, some of the finest sentences I've ever read have found their origin in this novel.

Often, Martin Amis is credited with being one of England's finest prose stylists, as he inherits Nabokov's obsession with the manipulation of sound in text for effect, but I think St Aubyn might be more worthy of slipping the crown upon his head, simply on the scant evidence of this short novel. Each sentence slides across the mind's eye and onto the next one, concatenating lithely each time. It's quite remarkable.

St Aubyn's skill is not simply with his narration, but also with his sparkling dialogue. This is one of those novels that cries out for a film adaptation if only to hear classically trained actors such as Ralph Fiennes let slip the lovely wit. It is the type of novel in which characters are almost irritating for their sharp wit and crackling repartee.

However, all is not perfect. As aforementioned, the text's plot isn't quite all there. On one hand, it's hard to criticize the novel for its plot deficiencies when it is only one of five novels. The plot is thin and threadbare. People come to the house, have dinner and leave. The lack of climax (rather than anticlimax) is almost paradigmatic of the contemporary American short story. However, it's too long for a short story, so it must be judged as a novel, especially one that stands alone, and unfortunately, the plot comes up short. There's a lack of energy to the machinations of the plot. St Aubyn seems to display more propulsion when dealing with characters' backgrounds then pushing them through the present. It's not really the worst criticism that I can level at a novel, though, is it?

Never Mind is a fantastic read, summed up in a single word: witty.
Posted by matthew.