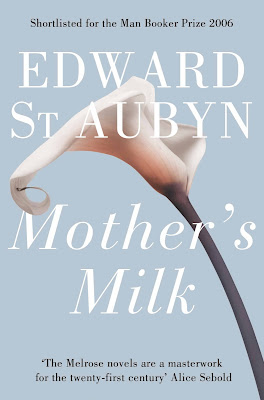 'What else is there to do but read too much into things? What a poor, thin, dull world we'd live in we didn't. Besides, is it possible? There's always more meaning than we can lay our hands on,' says Patrick Melrose at the end of Mother's Milk, the fourth novel in the series by Edward St Aubyn. This is a particularly revealing quote from Patrick, who has spent the entire novel doing the same overly cruel self-analysis that marked the emergence of a more mature Patrick in the previous novel. In Mother's Milk, Patrick is married and has two children, both of whom he loves but mostly in the sense that he doesn't want to repeat the cycle of his upbringing.

The series of novels is often called a cycle in that each novel seems to wrap around similar themes while still dragging Patrick and his supporting cast through the inexorable march of time. However, the cycle can also be attributed to the generational divide among the cast. While every character has that same exceedingly witty voice, there exists a tension between each generation: a fear of repeating past mistakes, but inevitably making new ones. Eleanor, Patrick's mother, bristles at her posh upbringing and devotes her life to charity, but with mixed results and ultimately, failure at the hands of a New Age charlatan. Patrick bristles at the backlash to the posh upbringing by lavishly becoming a heroin addict and a drunk, wasting piles of money ruthlessly. His son, Robert, is an introvert, inheriting his father's gift for observation, but without the inhumanity that characterizes Patrick. Each member of the supporting cast seems uncomfortable in their social class, with the extreme rich engaging in an exaggerated performance, a hyper-rich pursuance.

Mother's Milk eschews the microscopic scale of the previous novels for a grander structure, in which St Aubyn picks up with the Melrose family every August for four years. In this way, St Aubyn accomplishes the entirety of the previous trilogy but in one novel. In an interview with the Guardian, St Aubyn remarks that this novel stands alone, apart from the trilogy. Not only does this show in the structure, but in the family. Mary, Robert and youngest son Thomas are introduced and sketched out over the course of the novel, but with mixed results. Mary is woefully under-defined, as her only characteristic seems to be a forced return to virginity after the birth of Thomas. She replaces her husband with her newest child, and does not have the skill to articulate exactly why. Thomas is only three at the end of the novel, and in typically St Aubyn fashion, is overly articulate and verbose for a three year old. He isn't really a character but a device for Patrick to resent and love. Robert fares the most out of the non-Patrick characters; he is insular and exceedingly observant about the world, but he matches this with a sense of humour and a sense of humanity. Not only is he able to pick up on social situations, but he is also perceptive of emotions, something his father lacks.

With each August, the situation between Eleanor and her son deteriorates. She bequeaths the familial vacation home in France to the New Age charlatan, and employs Patrick as a barrister to perform the legal requirements. Thus, one of the themes of the novels, Patrick becomes the instrument of his own disinheriting. As above, Patrick struggles against his new middle class position, and the French vacation home represents one of the last vestiges of the Melrose's opulent history, as well as one of Patrick few remaining happy memories of his childhood.

Mother's Milk is not a very good title euphonically speaking, but it does perfectly suit the themes of the novel: that which the mother sacrifices for her child, or lack there of. St Aubyn's maturity as a novelist is apparent in the expansion of scale and scope and the success therein. While the third novel in the trilogy capitalized on the emotional buildup from two other novels, Mother's Milk creates and sustains its own conflict and catharsis. It's devastating when Patrick lies awake frightened that he will fail his sons by dying early, and it's devastating when Robert mentally calculates the amount consumed from a bourbon bottle held by his father. The novel is quite an experience.

Unfortunately, all is not perfect. The opening sequences, which is almost exclusively through the point of view of Robert, is an attempt to portray the development of a baby's mind but with the same verbosity of St Aubyn's other focalized characters. It's somewhat off-putting and without any energy or forward momentum. The novel doesn't become interesting until the next section in which St Aubyn wisely expands his scope to include the rest of the cast.

However, despite this, St Aubyn's prose remains stellar and perceptive. His characters match the same astuteness that his prose has. It's gratifying to read characters who are not completely oblivious to the irony of their own situations. They operate as real people do, ones who can see the unfairness of life but laugh at the futility of observing that unfairness. Characters in a lot of other novels could never be so self-aware without touching on the border of metafiction as in St Aubyn's Mother's Milk. They read into everything because that's what people do.
Posted by matthew.