Look at the size of this 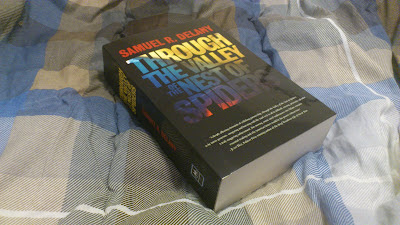 This is Samuel R Delany's newest novel, just published about two months ago. It's called Through the Valley of the Nest of Spiders. Honestly, that's one of the coolest titles for a novel I've ever heard. It's about two gay men over the course of five decades or something, but starting in 2007. So there's some sci-fi elements to it, but I think mostly it's a pornographic novel in the same vein as his previous few novels. Look at the size of this fucker. It's 800 pages. The type isn't even that huge on the page either.

Anyway, wish me luck on this!
Posted by matthew.