The 9/11 Wars and The Crusades

If you go onto Expedia.ca and try to look at flights to Aleppo or Damascus in Syria, you won't be successful in booking a vacation. The website doesn't even acknowledge that Aleppo or Damascus even exists, as if disavowing their existence will help curb any desire to visit Syria. The reason, of course, is due to increasing violence in the area. Just yesterday, Aleppo was shaken with constant bombardment. One of the oldest ever-inhabited cities in the entire world, and bombs fly casually, murdering people indiscriminately.

With Syria and the Middle East constantly in the news, or rather, constantly as asides in the mass media in North America, I thought I would do a little self-education and learn about the crisis in the Middle East. But it's disingenuous to call it "the crisis" when it is a complex series of concurrent and nonlinear crises happening in various states across a small area of land that fits neatly into Canada with room to spare.

With the awareness that attempting to understand in totality the problems in the Middle East, I read two books that would serve to provide helpful background information: The 9/11 Wars by Jason Burke and The Crusades: An Authoritative History by Thomas Asbridge. 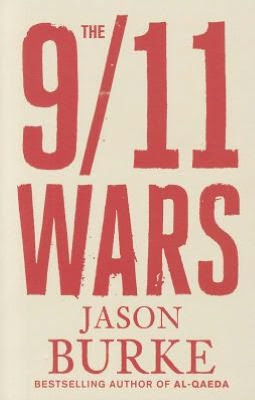 The 9/11 Wars, written by a journalist embedded in the area for almost twenty years, examines the conflicts and skirmishes resulting from the September 11 attacks in New York City. Burke starts with the destruction of the Buddhas of Bamiyan in March 2001 and ends with the Arab Spring in 2011.

Right from the beginning, Burke warns that the text will not and cannot be comprehensive in just over 700 pages (with 200 pages of notes and sources!). Despite this claim, Burke manages to provide enough background detail on the world pre-9/11 to make sense of the complex reality born after September 11th.

The result is, as Burke himself characterizes it, "a complex matrix of history, local specificity and globalization". In other words, my hypothesis that "the crisis in the Middle East" was too complex and fractious to understand in totality holds true. From Pakistan to Afghanistan to the United States to Europe, the world's evolution in a highly rhizomatic direction speaks to the utter intricacy, almost fractal nature of these conflicts.

Using long labyrinthine sentences (form meeting content), Burke manages to take the reader through the lives of the primary protagonists on the ground as well as offer anecdotes of unimportant people in the middle of these conflicts. He draws on a wealth of governmental sources, studies undertaken by academia, studies done by profit-minded corporations and first hand reportage in order to come to a - what else? - complex matrix of conclusions about the outcomes of the 9/11 Wars as well as the future of radical Islamist or Arab Nationalist groups.

The primary conclusion, and I would argue the thesis of the book, is that a fundamental failure by the West to understand Islam not only caused 9/11 but contributed to the relative failure to stabilize the Middle East in the shadow of 9/11. Event after event, Burke details how poor intelligence and poor comprehension of local specificity enabled Islamist groups to resist Western forces or imperialism, depending on who you ask.

In one telling anecdote, MI-6's department for Osama bin Laden and al-Qaeda totaled 6 or so junior analysts before 9/11. After the 2003 invasion of Iraq, the number of linguists whose expertise in the myriad local dialects was still completely below the amount required for the population of English speakers in the area.

Lest the reader thinks that The 9/11 Wars is some apologia for Islam resistance groups, rest assured that barely anybody comes away from the text unscathed. From bin Laden himself to top men in the Western coalition, every single person is excoriated for their failure to provide and protect the very people they swear to represent. Burke ends the book with a disheartening examination of the casualties resulting from the 9/11 wars. His authorial voice seems resigned and disappointed as he lists the possible thousands of deaths from these conflicts. As if a proper understanding of Islam and radical groups could have possibly prevented or at least minimized the bloodshed. 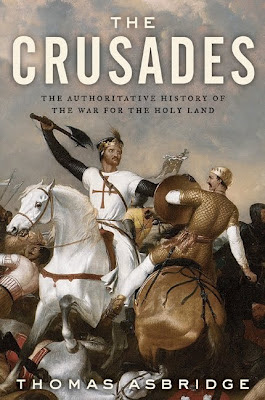 With this in mind, I decided to go back 1,000 years to the Crusades, something I've always been interested, but never enough to read something. Thomas Asbridge's history of the Crusades, published in 2010, claims to be authoritative and comprehensive, as much as could be in 700 pages. Asbridge, a medieval historian out of the University of London, previously published a "new history" of the First Crusade.

Reading The Crusades: An Authoritative History in the context of the current problems in the Middle East frames the history as some sort of progenitor of the conflicts. However, right from the beginning, Asbridge warns against "crusade parallelism" as he dubs. Drawing on copious first hand sources as well as hundreds of other historians, Asbridge presents his history of the Crusades as authoritative because he spends time demonstrating why other historians have got it wrong.

Admittedly, most of my knowledge of the Crusades comes from film (including Ridley Scott's impressive but historically inaccurate Kingdom of Heaven) so I am not in the position to judge whether or not Asbridge's dismantling of previous histories is successful.

Judged as a historical narratives, Asbridge's book is compelling, captivating and utterly illuminating. He wisely spends time sketching out the character of various protagonists of huge importance while skipping over unimportant details of lesser protagonists in the long and complicated history. Considering the Crusades lasted over 200 years, there are a lot of people to name and remember, and Asbridge judiciously chooses which person to present in full.

Obviously, Saladin and Richard the Lionheart feature prominently, with Saladin appearing over the course of 300 pages, making him, in terms of word count, the most presented figure in the entire history. Just like Burke's chronicle of the Middle East, Asbridge does not fully commit to a judgement of the history. Instead, he presents Saladin not as simply either a conqueror or a hero, but as a complex man liable to failures and defeats as well as trying to consolidate the various histories and biographies (and hagiographies) of the man in a more complete and fair way.

In this sense, Asbridge's framing of the history is similar to his framing of the people. Instead of being simply an invasion of the Middle East in the name of religion, the Crusades end up being a complex matrix of history, local specificity (eg. differing tribes and organizations on either side) and the nascent globalization. Asbridge refutes the myth that the Dark Ages were one of stagnation. Instead, the Middle Ages' evolution mirrors the organic development of the very idea of crusading. What starts out as one thing (war for atonement) becomes something else entirely by the end. As urbanization increased, as languages mixed freely, and as trade increased on a global scale, the Crusades become a product of very very early globalization.

Mostly, Asbridge refuses to say that the Crusades were an inevitable "clash of civilizations". He explicitly warns against this conclusion, and demonstrates that crusade parallelism deployed as rhetoric to justify the inevitability of a cultural clash.

In a great bookend to the two reads, Asbridge uses the end of the book to bemoan the state of Crusades-awareness in the cultural discourse. He details various times in the 20th century when politicians, opportunists and radicals have deployed crusade parallelism in order to further their own political agenda. He concludes that it represents a fundamental misunderstanding of the nature of the medieval conflicts when comparing them to the complexity of the current conflicts.

Thus, in both books, the authors warn against a reductionist approach to the various wars in the Middle East. Any oversimplification of the true matrix of factors could potentially lead to another crisis on the same level as 9/11 due to misunderstanding the intelligence. Of course, it's reductionist for me to stack Asbridge's The Crusades against Burke The 9/11 Wars considering Asbridge warns against this particular avenue. In his view, I am guilty of crusade parallelism as much as Bush or bin Laden.

However, Burke's approach to parallelism is not nearly as dogmatic. While never explicitly referring to the Crusades, Burke does warn against ignoring the long stretch of history behind 9/11. In order to understand the future of Islam, it's vital to comprehend how it's arrived at its current place in the world. It's the most aphoristic of maxims relating to history, but it nonetheless holds true: how do you know where you're going if you don't know where you've been?

Both books are absolutely riveting reads that demonstrated to me, quite completely, how little I understood about the Middle East. This, of course, has simply fueled further curiosity into how the world works. Since I am unable to get on the ground in Syria and in other countries (no thanks to Expedia), it is left to histories and political science to help teach me. No doubt, I have still have much to learn.
Posted by matthew.

cool stuff thanks for the info