I've given up on Goodreads entirely. The structure of the system had a tyrannical hold on my reading habits and proclivities. I was unable to purchase or read a book without consulting the site in order to gauge the book's quality. Of course, as I've mapped out, this is an intrinsically flawed protocol. My engagement with books was being mediated, and I would prefer to minimize layers of mediation for a more authentic experience. That being said, preventing me from counting and rating books is proving to be a surprisingly liberating experience. Instead of reducing a reading exploit to five or lower stars, I'm trying to return to blogging about books in a bigger way. My review of Ondaatje's novel was an attempt to return to my former style of blogging rather than essays on cultural studies. However, picking up where I left off (my last good review was in August) is a difficult process. Thus, I submit a series of smaller reviews that are less about in-depth literary analysis and more about qualitative judgments. 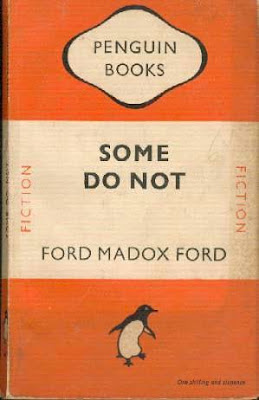 Surprisingly, I was not inspired by the recent adaptation starring Benedict Cumberbatch to read Ford Madox Ford's quartet, Parade's End. I tried reading it long ago (2011) after I had successfully read The Good Soldier (which I thought not great, but time has a way of altering our opinions). I gave up with Some Do Not... because it's rather dense and elliptical. However, as I've read more and more, the difficult works appear to be less difficult after I try again. Some Do Not... remains a difficult work, still elliptical, but tenacity and perseverance helped me finish the opening novel of the quartet.

Christopher Tietjens, while not of the same sharpness that the protagonist of The Good Soldier has, is a particularly occluded character. For the duration of the novel, even with its sliding through time, I never got a really excellent sense of Tietjens' opinions or motivations. He does some specific things, such as withdraw from a prestigious social club due to another character's manipulation of Tietjens' bank records, but this "problem" is just as quickly waved away. What doesn't disappear is Tietjens' sense of morality. His wife takes a rather dim view of the structures of monogamy, but Tietjens stays by her nonetheless.

As an opening novel of a quartet, the novel takes its time introducing the theme of morality and Tietjens' adherence to his code, but at the same time, introducing the character with whom Tietjens will abandon the code. The "some do not" of the title refers to the arbitrariness of the rules of society. For some, the rules are meant to be followed and believed, a controlling and structuring ideology that helps them make sense of the world. I can predict confidently that the other novels set explicitly in the war will help shake Tietjens' convictions due to the utter horror of the war.

As an individual novel, it's not an entire success. Certainly this is an easier and more fun read than The Good Soldier if only for its technical virtuosity. The stream of consciousness that so seduced Ford is on in full force, but never as garishly as when Woolf deployed it. It's a stronger performance in terms of experience, but as self-contained novel, the plot's a bit too thin. There are a few amazing setpieces, but when Tietjens' wife is introduced late into the novel, we're unsure of her character other than her infidelity. It makes her actions inscrutable, but not in the same way Tietjens' actions are. Rather, Mrs. Tietjens just seems thinly drawn and shrill, the way a male writer unfamiliar with women tends to write them. Their only scene together in the novel is confusing and obscure.

That being said, I quite liked the novel. 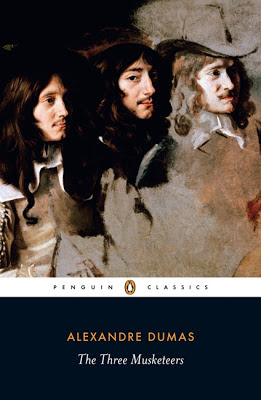 I bought the Penguin edition back in 2005 or 2006 and I finally read it. That makes it the oldest book in my collection to have been read. The only other contender is Joyce's Finnegans Wake, which I probably won't read until I have a solid vacation. I bought The Three Musketeers because I a) read The Club Dumas by Arturo Perez-Reverte and b) wrote a paper on Dumas because of the aforementioned thriller. Ostensibly, I was inspired by Dumas's total acceptance of the commodity-based model of publishing. Allegedly, he wrote adventure stories for the adventure, not for the story. I only received a B on the paper because I hadn't fulled sketched the character of Dumas (the point of the exercise).

After a six or seven year wait, did the book measure up to my expectations? First, this is a remarkably strange question to ask that occludes a deeper more disturbing question of my book-buying practices. Secondly, yes and more. The Three Musketeers was one of the most ruthlessly paced novels I have ever read. It's an entirely breathless endeavour that barely takes time to question the logic of anything that's happening.

It's hardly worth repeating the plot here, but it does serve to mention how hopelessly convoluted it is. Certainly, it doesn't make a lick of sense, and the characters' motivations are pressed into conformity with history. Yes, D'Artagnan and his ilk are loosely based on historical figures, but a good portion of the cast is made of real people and thus, Dumas was constrained by history's immutable facts. When a soldier kills the Duke of Buckingham, Dumas must make use of that soldier, logical or not.

I suppose it's interesting to read The Three Musketeers with an eye on theory, specifically historiographic metafiction (two words Chrome's dictionary hates). Dumas tends to paradoxically flatten and flesh out historical figures. Certainly, the Duke of Buckingham is developed as a character, to the detriment of his own existence and own idiosyncrasies. He is flattened to serve a plot, while simultaneously being developed for the machinations of the plot. It's an interesting balance that Dumas walks between fidelity to historical record (there's a long boring part about a siege when Dumas has to hold the reader's hand through complicated history) and lively adventure.

It's a different sort of Victorian-era novel than I'm used to and that might be due to the country of origin. I'm always drawn back, time and again, to the literature of France because it's so refreshing and different than anything offered by the rest of the West. I'm tempted to read Victorian-era Spanish literature to see what it's like, but I'm too nervous because I know nothing about Spain.

The Three Musketeers is a thoroughly fascinating and entertaining read. So much that I went out and purchased the Oxford editions of the two sequel "novels". I put the last word in quotations because the last novel is 2,000 pages long and split into three individual volumes! 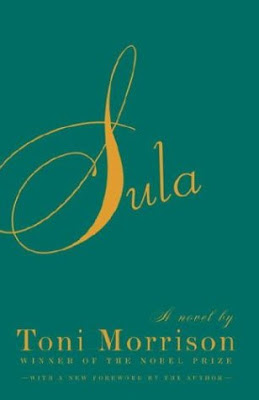 While I had to read this for my Toni Morrison class, I wanted to get something down on it as a piece of literature. The only other Morrison novel I've read is Beloved, which I appear not have reviewed, despite my reading it during this blog's lifetime. I remember it as practically a masterpiece; its Gothic and Southern elements were effortlessly attractive to me as a reader. I was supposed to read it for class two weeks ago but didn't because I don't reread novels (a practice I might give up soon). Thus, Sula represents the second Morrison novel I've ever read.

It's a much easier read in that the prose is more conversational and the subject matter isn't so relentlessly dark. There are grotesque passages in Sula, but it's not oppressive. Rather, Sula is a shorter, more accessible work, but manages to retain a similar level of complexity.

What I think draws people to Morrison is not her storytelling craft, which frankly, isn't that great. I don't think people are reading Morrison novels for their plot but rather for the fecundity of ideas, symbols and meaning. A Morrison novel opens itself up to a plethora of different and sometimes contradictory impressions, and this is what I think attracts so many readers and critics.

Take for example, Sula's birthmark. In the novel, the facial birthmark is "read" in different ways by different people. Some see it as a tadpole, others see it as a snake, and so on. The different readings of Sula's birthmark is a synecdoche for Sula herself, and her town's various ways of reading Sula. But this, I would contend, is what makes Morrison's novel so good. The novel itself can be "read" in a variety of fashions.

The big question to ask about Sula is about its content rather than its form. What is this book about? Superficially, the plot concerns a small semi-rural town in which two black girls become friends despite their differences in the 1920s. However, the novel steadfastly resists this reductive summary due to the elliptical, protean, episodic nature of the structure. Nel and Sula, the two girls at the heart of the novel, are only two of six focalizing characters. The peripheral characters are as important to the town and to the novel.

All of these and none of them at the same time is the answer of course. The differing significations of Sula is a synecdoche for the novel itself and thus this explains Morrison's power over the reader.

No doubt, in a month, you'll be reading an essay written by me that compares the different signification in Sula to the multiplicity of symbolism in Hawthorne's The Scarlet Letter. I'm already formulating a paper on it.

Sula is a fantastic novel, not just for the wealth of representation in the novel, but as well for its success in portraying the friendship of the two women. It's not Beloved, but it would be her best novel, if Beloved hadn't come about.
Posted by matthew.