I had ceased now to feel mediocre, accidental, mortal. Whence could it have come to me, this all-powerful joy? I was conscious that it was connected with the taste of tea and cake, but that it infinitely transcended those savours, could not, indeed, be of the same nature as theirs. Whence did it come? What did it signify? How could I seize upon and define it? (Swann's Way, the original Moncrieff translation)

My memory is starting to go. I don't mean in the dramatic dementia kind of way, but more so in the relaxing of elasticity in my brain. I can't pinpoint words with an exactitude I enjoyed before. I can't recall, in vivid details, all the plot points and moments from novels I'd read. There are instances, now, where I've forgotten I've read a novel entirely. Looking back at my blog, I've mentioned a handful of times now my memory isn't quite as exacting as it used to be. This blog's stated goal was to practice my writing, to exercise my critical faculties, to maintain growth. Now, a fourth major aspect must be acknowledged: the archive. I have exported the labour of remembering onto the blog. Now, and until the internet is wiped away in its entirety (fingers crossed), my blog must shoulder the burden of remembering for me.

I moved house this weekend and in the afternoon, a lazy sunny afternoon, quiet and composed after the noise and chaos of moving thousands of books and three very anxious cats, I began the pleasurable task of unpacking my beloved books. I found a handful of old Joseph Wambaugh novels, mass market paperbacks from before the era of barcodes. One of which was The New Centurions, Wambaugh's debut novel from 1970. 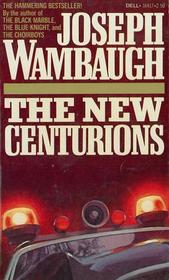 After stumbling across it, I considered giving it a go. I have fond memories of reading Wambaugh, even if I stalled out after 2 books in his Hollywood series. But when I searched my blog for references to Wambaugh, I saw that I have already read this, in February of 2013 (a post from an era before I began doing "Monthly" Reads posts, as I have been doing for about three years now). I had no recollection of reading this. Of the other titles mentioned in that post, I can distinctly remember reading Boyden's Three Day Road (and loving it) but my sharp memory of it could be related to my reading it for school and to my composing a paper on the novel. I don't really remember reading Give Us a Kiss by Woodrell. The other books I can remember just a bit.

Writing this and focusing on the specific book, with the cover in mind, memories begin to creep back into reach of grasp. I remember the spine being especially stiff, uncharacteristically stiff for a paperback from this era (late 70s). I remember one of the edges of the page being blue tinted (which is similar to but not the same as a gilded edge, I believe). I recall little else about the novel. I probably enjoyed it enough. 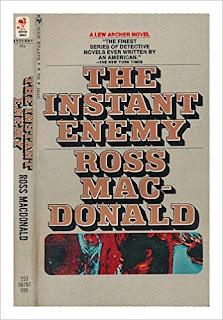 I also unpacked Ross MacDonald's The Instant Enemy. For a week or so, I've been jonesing to read another MacDonald, to appreciate him again. It's been a long relationship, MacDonald and I. We started off a bit ambivalent, me missing what the fuss was about, but as I age and think more and more about aesthetics and prose, MacDonald's world-weary, weather-beaten, shambling prose speaks to me. And of course, a cursory search of the blog to determine when exactly was the last novel I'd read by him showed that not only have I already finished The Instant Enemy but it was the last novel I'd read by him!

At least with Wambaugh, I can visualize the physical details of the book, and just slightly out of focus, a moment in my life when I was reading it (I remember reading it on the bus, which makes sense as I was in school at the time and bused instead of drove). With The Instant Enemy, I recall nothing. Zip. Even a perusal of the synopsis yielded nothing in the crowded aisles of my memory.

Should I read it again? Am I at the stage in my life when I can reread books without being bored by over-familiarity? I suppose the looseness of my memory has its pros and cons. My dad always said that rereading books was always like reading them again for the first time. He could manage to be surprised by solutions and twists despite having already read the book. Maybe rereading mysteries will return pleasure if I can't divine the solution from my addled mind.

Of course, not all is dire as I'm suggesting. Certain novels and experiences stick out, such as formative books from my teens and 20s. I still have impossibly vivid memories of reading, say, Bret Easton Ellis or Irvine Welsh. While specifics elude me, I remember lots about Atwood's The Blind Assassin and Byatt's Possession. Even books from about two or three years ago, while not quite as impacting, still linger around the edges. Casey Plett's luminous A Safe Girl to Love was our queer bookclub pick a couple months ago and though I hadn't read it since 2014, lots stood out to me. I barely needed a skim to replenish the memory banks.

I'm almost looking forward to rereading things now. Books I may not have appreciated the first time around or aspects that were invisible to me might suddenly become clear. 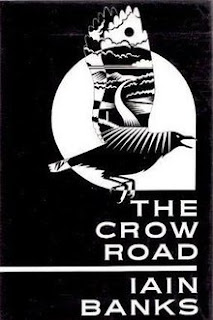 Although, and this amuses me more than the disturbance I feel about my memory (and the general dread and anxiety I have about ageing in general): I reread Iain Banks' The Crow Road in 2013 (having previously read it in high school) and five years later, I remember very little! Looks like it's time to give it a third go!