Forster's Howards End took me a lot longer to read than I was expecting. For a book only 360 pages long (the Everyman's Library edition, in gorgeous Palatino typeface), the novel used up 7 days of my reading time! I'll admit, my faithful reader, I struggled with Forster quite a bit. My initial impression was that all these characters were rich snobs, even the poor character! Each person to open their mouth, whether it be the annoyingly idealistic and naive Schegel sisters or the materialistic capitalists Wilcox family, seemed designed to fan the flames of violent revolution in my heart. Every single one of these people should have been put up against the wall. Though, as the novel progresses, Forster does some complicated characterization work, the kind other novelists can only dream of coming near in skill level. Margaret and Helen are given such beautiful speeches about connecting, about humanity, about duty and responsibility and ethics and art and romance, and one can sense the two of them are functioning as mouthpieces for the author himself. Why else give a character the "only connect" speech so frequently quoted (even by me) and representative of the novel's themes and aims? The trick is that Margaret and Helen are kind of annoying on purpose. They're not saints, but silly sheltered girls who have never experienced hard work or hard times. Of course they're idealistic. And idealistic folks say and do ignorant things. What the novel doesn't do, though it comes perilously close, is punish the Schegels for their idealism and optimism. Unlike a novel written today, the characters do not suffer an ironic fate, a kind of nasty nihilism plaguing contemporary fiction. The last 80 pages are a masterclass in technical skills, though the death of Leonard Bast, necessary for the plot, I guess, makes my radicalism scream. Forster might have had an excess of empathy—for his time—but he still had a way to go. Howards End is a great novel, but it's soured somewhat by its lionizing of the rich. 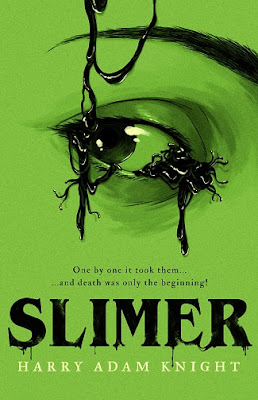 The Fungus was one of my favourite reads of 2018 so why not ring in the New Year with his earlier novel Slimer? I would have purchased a vintage paperback of it, but there was only two editions (UK and US) and both go for big bucks. Valancourt Press, of whom I've spoken before, reissued both novels this year with terrific cover. The new cover for Slimer accomplishes a rare feat: it equals the original covers without feeling ironic or retro or overly modern. Well done, Valancourt! The book itself is a slim 160 pages but never feels too short. Any more and I might have baulked. It doesn't quite reach the breathless apocalyptic heights of The Fungus either in scope or in execution, but it's a terrific version of Carpenter's The Thing: six smugglers in search of rescue happen upon an abandoned oil rig, populated by empty clothes and the odd blood splatter. Quickly they realize they're being stalked and picked off one by one by a creature science should have never created! The creature itself isn't quite as fully realized a threat as the alien in The Thing and this has to do with the near-constant scientific infodumps, which often feel like petulant justifications for the very existence of its fictional creation. It's okay, authors, you don't need to come up with a rationalization for its powers! You can just let it be scary and unknowable. Of course, the scientific jargon and breathless explanations were in vogue at the time, thanks to Michael Crichton and Robin Cook and other thriller writers. A desire for realism, in part due to Stephen King's folksy populism, choked a lot of the existential horror from these ephemeral paperbacks. Slimer still boasts the ever-popular sexual fetishes of horror written by men in their thirties and forties, though in two Knight novels, cuckolding appears both times! Women are constantly bearing their breasts and men are constantly leering at their crotches. It's weird. But at least the only real sex scene in this novel isn't depicted as sexy, sparing all of us readers from whatever the authors believe to be sexy, erotic prose *shudder*. Like The Fungus, I had a lot of fun. Can't wait to read the third Knight novel I have, Carnosaur.
Posted by matthew.