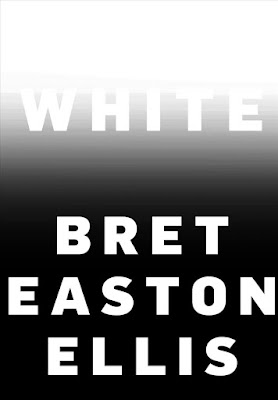 Bret Easton Ellis is perhaps my favourite author. I own first editions of two novels and still own my original Vintage paperback of American Psycho from 2001, since high school. No other author has cast such a huge influence on my style, my aesthetic preferences, even down to the very typeface used in his novels (Electra). Thus, it was ever disappointing that Ellis has mostly given up novels and fiction and has instead pivoted to podcast host and near-constant complainer about what he calls Generation Wuss, ie millennials. He proves that Baby Boomerism isn't a demographic (he's Gen X) but rather a mindset. I've unfollowed him on Twitter and do my best to avoid reading news articles about him, as their subject is mostly whatever inflammatory nonsense Ellis has dashed off. He's become the old person version of what he's always been: a moralist masquerading as a satirist. White is his first book of nonfiction, a book somewhere between memoir and essays, some perceptive and sharp, the kind of cultural criticism you yearn to become popular, and others shrill and indistinguishable from FOX News, the worst kind of "old man yells at cloud."

The first two sections of White are more memoir than argumentative. Ellis tracks the development of his debut novel, Less Than Zero, and the aesthetic and thematic inspirations. He writes perceptively and beautifully on the allure of Paul Schrader's American Gigolo, which I hadn't known to be the huge influence it so clearly is, despite being a megafan of the author. Ellis admits the movie isn't good by most measures, but his appreciation of the aesthetics, of the way Richard Gere is queered by the male gaze speaks volumes about Ellis' own skill as a critic. It makes me want an alternative history where Ellis became a preeminent film critic, famous for his acuity and insight. This long section about acting and actors features the story behind his famous Vanity Fair hoax pulled off in part with Judd Nelson. Again, this kind of precise satirizing, cutting and ringing true, works so well, even if his worldview betrays a deep Baby Boomerist moralizing, an accusation I'm sure Ellis would reject vehemently. He's Gen X, he'd say. His apathy and irony are weapons against the establishment and products of the ways the Baby Boomer failed us all, he'd say. But how else to explain during his reminiscences his repetitions of the Gen X version of "I walked to school, in the snow, uphill, both ways"? These tears in the fabric of the otherwise fantastic bits are distracting, even if they're meant to prepare the reader for the political haranguing yet to come.

He moves on to Moonlight and King Cobra, one the winner of Best Picture at the Oscars and the other a movie largely forgotten except as another weirdo gay role for James Franco. Ellis' main bone of contention is that Barry Jenkins' movie is a victim narrative, its popularity only due to its uniqueness (a gay impoverished black man) and ideology. He claims people overrate the film because of their ideological stance, because they are toeing the "corporate ideology" which he vaguely refers to as being positive all the time, maintaining the groupthink of social justice (though he wisely never refers to SJWs for fear of undermining his own rhetoric nevermind, he does a bunch). Ellis makes a strong point against the film, only one though, which is the film lacks the specific gaze of the gay filmmaker. Barry Jenkins is straight and though the cinematography is beautiful, the gaze, the voyeurism, the look lacks the specificity of queerness. This point, well taken, does do a good job undermining Ellis' invective against the supremacy of identity politics. Ellis writes:


this is an age that judges everybody so harshly through the lens of identity politics that if you resist the threatening groupthink of progressive ideology, which proposes universal inclusivity except for those who dare to ask any questions, you're somehow fucked. Everyone has to be the same, and have the same reactions to any given work of art, or movement or idea, and if you refuse to join the chorus of approval you will be tagged a racist or a misogynist. This is what happens to a culture when it no longer cares about art. (92)

Ellis imbues millennials with this incredible power to destroy people, but at the same time, he argues, they're politically powerless, completely out of step with the popular sentiment (whatever that is). He argues Academy members voted for Moonlight as a protest vote, as a signal Trumpism won't be tolerated. He is snide about this, saying this does a disservice to the film, even though he doesn't think the film is all that good in the first place (not surprisingly, he believes La La Land to be the superior film). Which is all the more frustrating because when he sticks to aesthetic judgements, he reveals a deep, perhaps innate understanding of film and narrative.

Where the book falters is, not surprisingly, when Ellis turns his eye to politics. He positions himself again and again as the rational centrist, the man swayed not by emotion but only by logic and arguments. He agrees with some of Trump's policies and disagrees with others. He chose not to vote as neither candidate appealed to him, but he's dismayed by the visceral reaction of millennials and affluent white coastal elites to Trump's success. His argument starts out small: at first he keeps the focus on his millennial boyfriend (22 years younger than Ellis). After Trump's election, the boyfriend grows his hair long, is untidy in his appearance, has nervous breakdowns, cajoles, shrieks, screams, argues, fights with Ellis over Trump. Reading between the lines, one wonders if the arguments are more over Ellis' apathy and political stagnation than Trump's policies.

Ellis then expands the scope to his white or Jewish affluent friends in California and NYC. Here the book is at its nadir, a repetitive series of short sections which begin all the same: "at yet another dinner I had with another two friends I hadn't seen since the election" or "I was having drinks with a friend" and so on and so forth. He never names the friends and I have to be a good faith reader and assume these "friends" are real. Each dinner ends the same: somebody says something about Trump and the friend unleashes this "deranged" rant; "I had never seen them this angry," he muses wide-eyed.

The rhetorical strategy is so irritatingly transparent I can't believe Ellis thought this would fly, especially as he repeats himself endlessly. Each dinner ends with Ellis the victim of these unhinged, completely emotional rants. He writes:


When I countered with something noncommittal about the day's events or perhaps offered another opinion, placing the supposed fuckup in context, they both lost their shit and became infuriated, lashing out at me in ways I'd never seen from either of them (159).

Let's examine the language used here. Where the friends are described with heated words such as "lashing" or "infuriated" but Ellis describes himself as merely "offering" an opinion. He uses a classic weasel word, "supposed," to dismiss whatever clearly fucked up thing Trump did. Where Ellis is presented as calm and bemused, the friends have "lost their shit." Ellis never presents himself as anything other than purely rational, amused by the vociferous hatred of Trump. His friends are described in emotional terms, without self-control and without self-awareness. He continually makes reference to how wealthy these folks are, how Trump's election doesn't affect their riches in any way. Readers could be charitable: maybe these wealthy friends are demonstrating empathy for the marginalized folks who are in danger from Trump's policies. It's ironic Ellis would miss this, considering he spends a couple pages talking about how being exposed to shocking art, to art which challenges taught him empathy. He can't seem to muster any empathy for millennials, ironically enough.

Ellis can't even keep his own political analysis straight. He refers to Trump as a disruptor who changed the rule book by throwing out the rules. He points out, accurately I think, the legacy media had trouble reporting on Trump. They created this reductive binary in which Hilary Clinton was the hero and Trump the villain, which completely disregarded the feelings of many people on the ground, the disenfranchised white people yearning for a populist leader to "say it like it is." The media couldn't report on Trump because he had thrown out the rule book. Ellis even compares him to *eyeroll* the Joker in The Dark Knight, just an anarchic force without foresight. And so it's doubly irritating when Ellis' suggestions for defeating the beast that is Trump was to "learn to play by his rules" and report "about Trump more objectively" (153).  Which is it, Ellis? One can't play by his rules if he's thrown out the rules.

Over and over he claims other people are motivated solely by ideology but he never points that finger back at himself. His dismissal of Moonlight as a victim narrative comes from ideology and from his own subject position. He makes gestures towards acknowledging his class and racial privilege but these are just empty gestures, a kind of rhetorical covering one's ass. He positions his own ideology as common sense, as being natural and thus correct, a biological imperative (he explicitly uses this phrase) and therefore, he implies, his ideology is not ideology, but just how it is. So in his view he can't be accused of ideological bias. He's too rational for that.

His political worldview betrays a deep-seeded sense of fatalism. His impatience with millennials stems from their alleged dissatisfaction with how terrible the world truly is. He maintains millennials feel entitled to a world wherein each of them are special and recognized as such, but the real world is harsh and unfair and violent and cruel. Thus, Ellis has no practical political insight. The world is as the world is, homo homini lupus, and any attempt to change the world or express frustration is entitlement or facile or useless. Ellis upholds the status quo by his complacency, his lack of investment. He's a rich white man, so why does he need to make any political changes? It's political entropy at its finest. Nothing is at stake for him so there's no pressing need to fight. He blames millennials for their softness but he never asks himself if they're right to be mad.

A disappointing read but not without its rare gems of insight. Ellis is a great writer of narrative but it's obvious he's had no training in political analysis or argumentation. If he had, he might not have deployed such base and transparent tactics. Stick to fiction or film criticism.
Posted by matthew.