In On Writing, Stephen King advises would-be writers to eschew adverbs: "I believe the road to hell is paved with adverbs, and I will shout it from the rooftops." His school of craft has a long lineage through the pulps, with Jim Thompson and Elmore Leonard and James M. Cain being big proponents of this style. Tessa Hadley, on the other hand, probably hasn't read a single word of Thompson or Leonard and might have only read King for the novelty. No, hers is a world of Henry James, D. H. Lawrence, a world of prose sensitive to the shimmering possibilities of the almighty adverb. Or least, it hopes to be. Hadley loves adverbs. Uses them frequently, no pun intended. Sometimes though, these adverbs call negative attention to themselves; instead of adding unique flavour to the sentence, it blares and befouls the air. A prime example in The London Train comes at page 141 when a child watching her sibling is described as "womanfully scoop[ing] up the babies to safety." I'm not opposed to neologisms in fiction but I would protest constructions as tone deaf as "womanfully" which does not roll off the tongue. Sagely, maturely, sensibly might have done the trick. Admittedly, the adverb is quite specific and does convey unique meaning, but its sound can't be described as pleasing. Earlier in the novel, at page 46, Hadley offers up a block of council flats, described as "bleakly unlovely" which seems such a rejection of any advice regarding adverbs, to the point where I'm impressed.

Like Late in the Day, Hadley's talents are in the acute observational insights. She mines her characters for all that they can give up. There's a tendency, like with Rachel Cusk, for too much interiority, too much of characters having incredible insight into their own psychology, but I might be quibbling for the sake of quibbling. Another good Hadley novel! 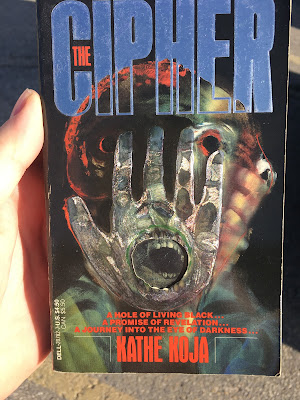 My god. Here it is, in my hand, purchased for only a dollar! Kathe Koja's novel The Cipher, the novel collectors are all trying to get their hands on. I found it at the local charity booksale, a semiannual cornucopia of treasures. This year, I completed my collection of Clive Barker's Books of Blood, specifically the single volume editions with his own paintings for the covers; I found the hardcover omnibus of Ellroy's Lloyd Hopkins novels (which I had come close to pulling the trigger for online); the hardcover edition of the Dune Encyclopedia (I'm going to resell it—I can make a 300% profit on it); and some other gems. Nothing quite as breathtaking as the Koja. When I saw it, I almost started hyperventilating from the excitement.

The novel itself? There's just no way it could live up to the hype and to my expectations built in my mind over the decade I've been hunting for it. Which isn't to say I didn't like; I loved it! But it's certainly a product of its time. This might be the most Gen X novel I've ever read, maybe more so than Douglas Coupland's Generation X (which, by the way, is almost 30 years old, if that makes you feel ancient). The characters are all artists, or poets, work dead-end minimum wage jobs (video store clerk!!), and wear all black leather clothes. Reminded me a lot of Poppy Z Brite (here). And it's not just the aesthetics that call to mind Gen X, but the nihilism, the hopelessness, the emptiness of modern living. The plot of The Cipher has a would-be poet finding a black hole in the storage closet to his slum apartment building. The hole has bizarre properties including the manipulation of physical objects. Unable to stop himself, the protagonist sticks his hand into the hole and brings out a weeping wound on his own hand, seeping not blood but a clear viscous material like tears (or cum). The cipher of the title refers to, among other things, the protagonist himself, how he is empty and other project onto him what they want.

There's a subplot about personality cults, with people glomming onto him because of his affinity for the hole, though he's barely conscious when the magic shows happen with the hole. These folks fill his emptiness with their own desires and beliefs while his on-again-off-again girlfriend accumulates her own groupies. Again, very Gen X, in the distrust of authority figures and movements. Believing in anything is uncool, the Gen X stereotype goes.

Koja's prose in The Cipher has that bebop bouncy style of horror/genre from that era, with lots of ironic signposting and cultural references. Imagine Tarantino's dialogue but without any of the racial epithets and you have an idea of her style. I enjoyed this a lot, even if the last 70 pages were a bit of a repetitive slog. 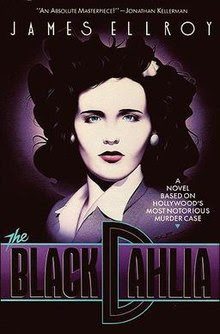 Another great find from the charity booksale was three quarters of Ellroy's LA Quartet, which I've read back in high school. I found a mass market of The Black Dahlia and the Mysterious Press trade paperback from the 90s. Also found mass market paperbacks of The Big Nowhere and White Jazz, both in near mint condition. I already own a hardcover of LA Confidential (a first edition, but nowhere near the first printing). I haven't read any Ellroy since starting this blog (though I did try to read Blood's a Rover when it was first released) and going back to the first in the quartet seemed a great place to revisit the Demon Dog of American literature. 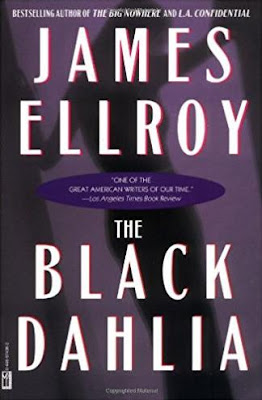 The Black Dahlia is as good as I remember it, if maybe a little bit better. So many scenes have been burned into my memory from the first read, such as the protagonist waking up in the back of a cop car overhearing a conversation that inadvertently provides a clue, though this isn't obvious to the reader. I also remember the double solution, the narrative presenting an answer to the mystery only to overturn it 30 pages later with a shocking twist. I had a hazy memory of who the culprit was, but this didn't diminish my enjoyment of the novel in any way. If anything, I think I may have appreciated this even more as a wiser (hopefully) more well-read audience member.

Ellroy's command of pacing is masterful here. If you've only read White Jazz, The Cold Six Thousand or any of his new stuff, you're familiar with his extremely staccato newspaper mode. But he didn't start out like that. In fact, this book is positively verbose compared to his later stuff, though just as full of slang and cop jargon. Like Cormac McCarthy, Ellroy understands the rhythm and length of sentences can impact the pace of the scene. Near the beginning of The Black Dahlia, sentences are longer, with more clauses, and more description. As the protagonist gets more and more compromised, or closer to discovering something, sentences are short, sharp, paragraphs aren't as long. While this might seem an obvious aspect of style, it bears pointing out that sometimes this effect is invisible because the reader is so absorbed by the plot. The form complements the subject.

I loved this. I toyed with the idea of immediately picking up The Big Nowhere, which I remember being even more insidiously convoluted than its older sibling, but I don't want to burn out on Ellroy's machismo. His characters are all racist sexist pieces of shit and the only politics Ellroy seems to believe in is the individual's right to enact vengeance. Which means it's a bit of a bummer to swallow without a sneer.
Posted by matthew.